Continued: Why Cats Are So Popular On The Internet?


Cats cheer us up 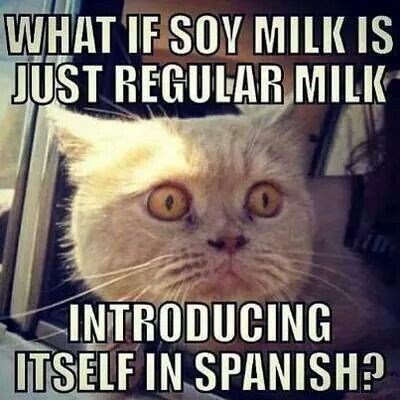 According to a study carried out in 2015 by Jessica Gall Myrick of the Media School at Indiana University, in which nearly 7,000 people took part, many participants reported feeling less anxiety, sadness, and annoyance after watching cat videos. This seems reasonable, as seeing a cat get a box stuck on its head or get spooked by a cucumber is clearly enough to cheer anyone up, especially in an era in which global updates of atrocities such as terror attacks, natural disasters, and shootings fill our Facebook feeds and news apps minutes after they happen. Everyone needs a little light relief and for many people, that relief is found in watching cat videos – but if it were only a case of improving one's mood, then a video of a rabbit in a hammock or a dog in a dress could potentially do the job just as well. There must be something more, then, that makes cat videos stand out from videos of other funny or cute animals.

The acrobatic nature of cats 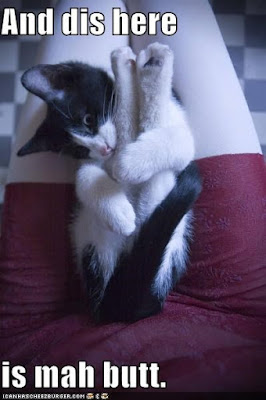 In comparison to animals such as dogs or rabbits, cats are significantly more acrobatic and agile. Whether you're watching in awe as a cat leaps onto and balances on a curtain pole or collapsing in hysterics as you watch a cat trying desperately to run fast enough to stay on a treadmill, watching these creatures cavort around is amusing in a way that, somehow, little else is. Perhaps many cat videos are so entertaining because often the cats just happen to be photographed or filmed while they are simply doing their thing – they're not performing for the camera.

A spot of schadenfreude?

Cats are not only unlikely to perform for the camera, they are also unlikely to do anything they don’t want to – and if you do something they don’t like, you'll probably know all about it. Perhaps the fact that cats are often aloof and somewhat snooty is actually part of the reason why making them into silly memes and videos is such fun. If you go away for two weeks for a holiday in the sun, you may well come back to a cat that gives you the cold shoulder and is undeniably disgruntled that you left him for so long. Dogs, on the other hand, are more likely to bound right up to you and lick you all over, simply happy to see you home. Could this fundamental difference between the two animals be part of the reason why watching a cat get stuck in a box or fall off a table is that little bit more pleasing than seeing a dog do the same? Could it be that there is an element of schadenfreude in watching a cat get itself into a sticky situation, that there is some little part of us that is pleased to see this somewhat haughty creature taken down a peg or two? A cat's attempt to then shake it all off, to pretend that they meant to fall in the bath or down the back of the sofa as part of a plan that you are too stupid to understand, somehow makes it even funnier.

There's no way around it: cats make the best faces. Whether they're looking at you with comically large round eyes or appearing to turn up the corner of their mouth at you in disdain, cats' expressions make them wonderfully photogenic. The millions upon millions of results that a Google search for 'cat meme' brings up confirms this. There are photos of cats looking guilty, cats looking happy, cats looking grumpy – this one goes without saying! – and cats with every other expression under the sun. The fact that they're so expressive it is, of course, part of the reason why it's such fun to add text or a voiceover to give them a voice – preferably a comical one. The juxtaposition of the cool, aloof nature of a cat and a silly caption or overly dramatic commentary is a priceless combination.

Since most cat owners find their cats so entertaining, it is understandable that they want to share their stories, photos, and videos with like-minded people. As most cat owners don't put their cats on a leash and take them out into the big wide world, it makes sense that they need at least a virtual space in which to do this. As BuzzFeed's Jack Shepherd put it, 'The internet is one giant, virtual cat park' – a space in which cat owners and fans can come together in the same way that dog owners might meet in a dog park. With that in mind, it's not surprising that cats are more popular online than dogs – dog enthusiasts have both a physical and a virtual outlet for their passion, but cat fans have just the one!

Understanding why cats have taken over the internet is not as straightforward as it might seem, then. There are various feasible explanations, but none of them is really any more convincing or enlightening than the others. The answer is probably out there somewhere, protected by feline guards who, one day, when the time is right, will step aside and reveal to their adoring public the details of their impressive online reign.